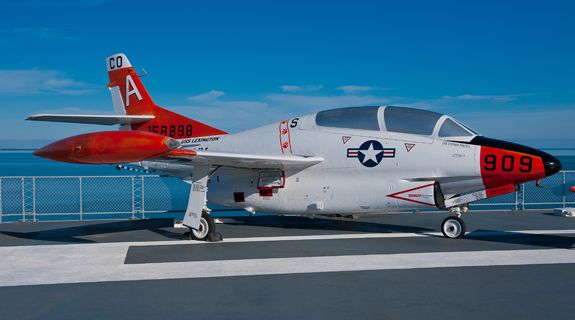 The Buckeye was developed in the late 1950’s as a low cost, multi-stage trainer for the U.S. Navy. Designers relied on systems already proven in other aircraft such as the FJ-1 Fury and T-28 Trojan. The Buckeye was used for initial flight training as well as carrier qualifications, gunnery, and bombing training. The original T-2A had a single J-34-WE-36 jet engine. The later B and C models had two J-85-GE-4 turbojet engines.