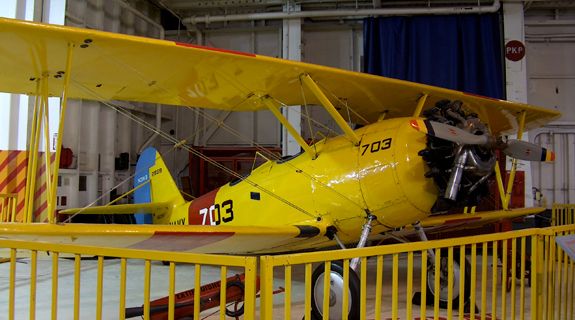 1934, the Navy developed a new primary trainer featuring a steel tube fuselage and wing construction covered with fabric. It was widely used as a primary trainer in the late 1930’s and 1940’s and dubbed the Yellow Peril by the thousands of Naval aviators who trained in her. Most N3N’s were declared surplus after the war. Many were purchased by civilians and fitted with more powerful engines for use as crop dusters and are still in use.