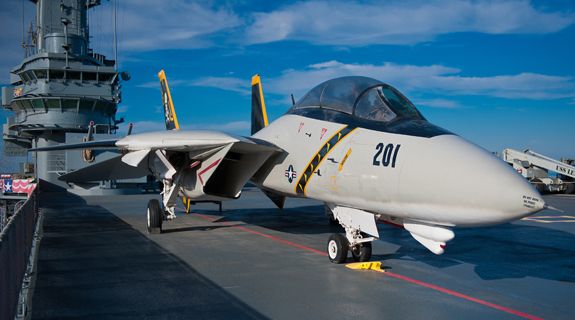 The F-14 Tomcat has been one of the nation’s premier fighter aircraft since it’s fleet introduction into the early 1970’s. It’s sophisticated radar/missile combination enables it to simultaneously track 24 separate targets and attack up to six with Phoenix missiles at up to 100 miles away. The aircraft has variable-geometry wings that sweep back automatically during flight maneuvers; they extend for long range flight and landings, sweeping back for high-speed light (and carrier stowage). Deliveries of production F-14A’s to the fleet began in June 1972.