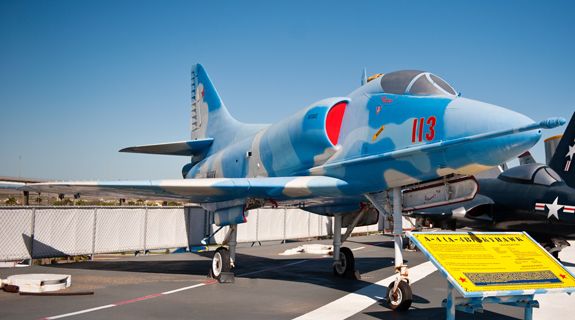 The Skyhawk entered service in 1956 and was mostly used by Navy and Marine personnel. The Skyhawk was nicknamed “The Scooter” by carrier based pilots because of its nimble performance. When built, it was a prime aircraft and served with the Blue Angels, the Navy’s precision demonstration team. The Skyhawk could carry “dumb” bombs standard free fall weapons, as well as laser-guided and other “smart” bombs. The Skyhawk was a single seat attack aircraft that was used effectively in Vietnam.